Since 2015, a constant for the Wonder Boys offense has been Bryan Allen in the backfield playing running back. After his explosive first season as a Wonder Boy, playing in 10 games and starting in six of those, Allen became the go-to for the Wonder Boys on the ground. As the season comes to an end, with only two games left, Allen is within 184 yards of becoming the leading rusher for Arkansas Tech, which would pass Larry Brown who currently holds that spot with 3,603 career yards. “I still feel unachieved, I haven’t made it yet and I am not done,” Allen said.

When Allen came here in 2015, he said that he was not planning on staying for long. He did not think that Tech would be where he would remain for his four years of playing. “After my first season, I had created a sense of home for myself, I didn’t want to leave that.” Allen said, “I feel like [as] an NFL vet, I know how it goes around here.”

Allen said, the toughest thing about playing here was that once teams discovered how he worked on the field they began to scout him. “When they scout you, it becomes hard to do more because they know a lot about what you are going to do you have to change it up.”

Allen gives credit to his team when talking about becoming the All-time leading rusher for the Wonder Boys. “When they put the record down they write 2015-2018 seasons. That is on all of us not just me,” Allen said. “This is a record 46 years in the making and it was because of the 2015-2018 class we could achieve it.”

Allen is not sure what he wants to do once he graduates, but he believes this could be his final gift to the game of football. “The game gave me friends, education and discipline. This is just my gift back to it,” Allen said.

Allen’s biggest thank you he has to offer, as he rounds the end of his college career, is to his close friends. “They have kept me in it. When I felt like quitting, they pick me up and tell me to keep going, and I do the same for them,” Allen said.

In class, Allen is a broadcast journalism student and he wants to become the next Skip Bayless one day. Allen wants to debate sports, like he does with his friends, and make that his career. “I love to argue, sports are what makes it comfortable for me,” Allen said. Allen runs a radio show on Thursday nights at 7 p.m. on the Tech radio station KXRJ 91.9 with his friend and fellow student Gary Burton. Together they play R&B music and discuss sports with each other.

When talking to Allen, I discovered that he is into music and music production. “I can pick up a lot of instruments and play them pretty well,” Allen said. “Growing up in church, I learned to play a lot of instruments from the guitar to the saxophone.” He told me that he is now preparing to start on his Christmas album that he will produce. “On top of all the things I want to do in life, I want to produce music,” Allen said.

With two games left against the East Central Tigers and the Harding Bison, Allen still has a hill to climb but is eager to reach that goal. Whether he is able to reach that goal or not, Bryan Allen is still much more than the yards to his name. 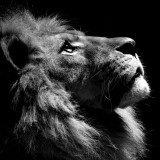